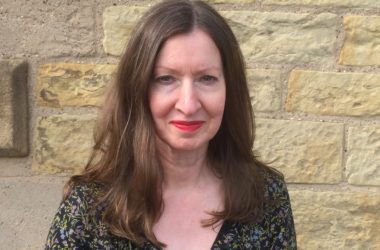 In recent years this event was organised by Ashton U Lyne Rotary. For many years we sponsored a barrel and helped to raise money for numerous good causes.

This year Tameside Rotary, of which I am a member, took over the running of the event. We had massive help from the previous organisers, many of whom are now members of Tameside Rotary.

This year was different, for as well as Well Polished AUL being a sponsor, I was also involved as an organiser. I was appointed the entertainment Director and in this role I was lucky to be able book some great acts. The acts included:

Pattison Fogg has them up dancing, playing against a projection of the Well Polished AUL advertisement.

Angela with her mop.

As well as working behind the bar Well Polished AUL Director also got the mop out! Cleaning up some spillages from when her husband had been on bar tending duty. All in the name of charity!!