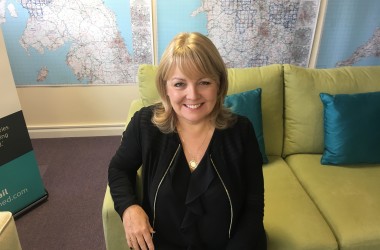 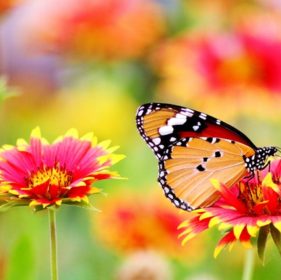 Butterflies are in severe decline in the UK, indicating a worsening of the environment for much of our wildlife. Numbers of common butterflies have dropped by a quarter since the 1970s, with some decreasing even more severely.

Populations of the much-loved Small Tortoiseshell, for example, have fallen by 73%. Butterfly Conservation is asking people to help from today until 7 August by taking part in the world’s biggest butterfly count.

Simply spend 15 minutes in a sunny spot looking for and counting butterflies. You can count on a woodland walk, in your garden or anywhere. Your sightings will help improve understanding of how butterflies are faring and, because butterflies are good indicators of wildlife trends, help to ‘take nature’s pulse’.

Some of the most common Big Butterfly Count species that you might see on a woodland walk:
Brimstone

Description: The male Brimstone is the only large, lemon-yellow butterfly in the UK, so is unmistakeable. The female is cream-coloured and can be confused with other butterflies such as the Large White, although the Brimstone has no black on its wings.

Range: Occurs across England and Wales, but scarce in Scotland and Northern Ireland.

Diet: Brimstone caterpillars feed on the leaves of two native shrubs: Buckthorn and Alder Buckthorn. The butterflies visit flowers to drink nectar and are particularly drawn to purple flowers such as thistles.

Description: Dark brown wings liberally speckled with cream dots are distinctive among the other brown butterflies in the UK.

Range: Has spread northwards in recent decades to colonise East Anglia, the Midlands and almost all of northern England in response to climate change. At the same time, small Scottish populations in the warmest west coast and Moray Firth areas have spread considerably.

Fact: Male Speckled Woods often perch in small pools of sunlight, waiting to intercept passing females. If they spot a rival male instead, spectacular aerial fights ensue, with the males spiralling upwards, each trying to get above the other.

Description: The orange and brown wings of the Comma are deeply scalloped to give an almost ragged appearance. On the underside of the hindwing, visible if the butterfly has its wings closed, is a small silvery comma-shaped marking.

Range: At one time restricted to southern Britain, this butterfly has colonised huge areas of the UK over the past 50 years and now breeds right up to central Scotland. A few have even crossed the sea to start to colonise Ireland.

Diet: Comma caterpillars, which are camouflaged to resemble bird droppings, feed on a range of plants including nettle, hop and elm. The butterflies feed from flowers and also fallen fruit.

Fact: The butterfly has a flexible life-cycle enabling it to make the best of the vagaries of the UK climate; depending on the weather, spring/early summer caterpillars can develop either into Commas that go straight into hibernation or into ones that will breed straight away and give rise to a new generation in the autumn.

Description: The most common blue butterfly in UK woodlands and gardens, the Holly Blue, which was once known as the Azure Blue, can be distinguished from the widespread Common Blue by the lack of any orange dots on the undersides of the Holly Blue’s wings.

Range: Widespread in the southern half of Britain and spreading northwards. Has recently colonised the Edinburgh area. Less widespread in Northern Ireland, where it is mainly found in the east.

Diet: Holly Blue caterpillars feed mainly on the flower buds and berries of plants such as holly, ivy, spindle and dogwood. The adult butterflies feed on aphid ‘honeydew’.

Description: Reddish–purple wings with large, dramatic eye-spot patterns make the Peacock one of the UK’s most familiar and best-loved butterflies.

Range: Throughout the UK, although a recent colonist in the far north of Scotland.

Diet: Peacock caterpillars live in large groups on nettles. The adult butterflies visit flowers and are common garden visitors to plants such as Buddleia in late summer, when they are building up their fat reserves for hibernation.

Fact: The Peacock butterfly can scare off predators such as birds by suddenly flicking its wings open to reveal the large ‘eye-spot’ markings. It can also make a hissing sound that may also help to deter mammal predators, such as mice and bats, particularly during the butterfly’s long hibernation.