Keeping a Tidy House with Children

While we all love our children more than anything in the world, we do sometimes wish they would try and be a bit more, well, […]

A Brief History of Newbury

The land where Newbury is today has been discovered to have been inhabited during the Mesolithic period in the stone age, between 9600 bc and […]

A Brief History of Swindon

Swindon was originally an Anglo-Saxon settlement atop a limestone hill. Its name is believed to have come from the Old English words “swine” and “dun”, […] 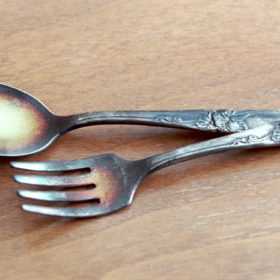 The chemistry of cleaning

If you are lucky enough to own any silver items, you’ll know how quickly your shiny precious metal becomes dull and eventually dark grey or […]